skip to main | skip to sidebar

Participation in MBWEP Leads to a New Partnership

In early 2009 Heidi Hughett (formally of Couture Celebrations) and Karissa Paxton (formally of Coastside Weddings, Events and Concierge) had lunch. The two had always been friends and liked to check in with one another from time to time and talk shop. That day at lunch they discussed how Karissa had once been a part of the Central Coast Wedding Professionals in San Luis Obispo and what a great organization it was. She'd been wishing that there was something like that here in the Monterey Bay. Heidi told Karissa about how she had recently been talking to some other vendors in the area who were thinking the same thing. Heidi said that some of them were talking seriously about creating an organization of professional event businesses to promote the Monterey Bay area.

Fast forward a month later when Karissa and Heidi met with a group of Monterey Bay event professionals (which would later become the MBWEP Board of Directors) over coffee at the Monterey's Trailside Cafe to discuss how to put together an organization. After months of these planning sessions the group eventually became known as MBWEP.

Heidi and Karissa carpooled to monthly MBWEP Board meetings in Marina. During these drives they exchanged vendor information. They shared stories about events and their business experiences. They became good friends.  When Karissa jokingly suggested that they share a booth at a bridal show, Heidi realized Karissa may be on to something. They were, after all, both looking to grow their businesses.

In the fall of 2009, Karissa and Heidi announced at an MBWEP Board that they were joining forces to create a powerhouse of event planning, and design services. They merged elements of each of their original business names to form Coastside Couture..

Both Heidi and Karissa are extremely grateful for MBWEP, "Without this amazing group of professionals, who knows if we would have partnered." says Karissa. "We just spent so much time together and realized that we could help each other grow our small businesses and support each other in the process. "It's been an amazing and very successful year" adds Heidi. "Heidi and I got tons of enthusiasm and support from the MBWEP board and members" says Karissa.

Heidi and Karissa feel that much of their success is due to the support they have received from MBWEP and they both look forward to being a big part of the organization for years to come. They invite you to watch both MBWEP and Coastside Couture grow.

Posted by BigTime Video Services at 10:57 AM 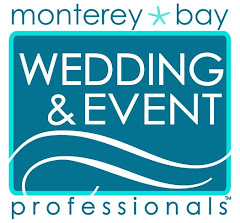